You'll be growing hair and not cutting ears after this one.

St. George Distillery of Alameda, California, has for been producing craft spirits for the past 32 years. They’re among the first in the United States to start the whole craft movement - that’s before craft was even a buzzword. They started as a one-man operation located in a bare-bones production facility all those years ago, and have now grown to a diverse team of individuals passionate about artisan spirits, with a 65,000-squre-foot hangar with a spectacular tasting room, laboratory, and a lineup of the most beautiful pot stills in the industry. They’re not into the whole craft movement, nor Big brands vs. Small brands. They don’t care about all that. They just wanna make f*cking great spirits. That’s it. Better is better, they say.

St. George Absinthe Verte is the first legal Absinthe produced on the soil of the United States. It took master distiller Lance Winters about 11 years to perfect the formula for this wormwood monster—meaning they were working on it way before the ban on Absinthe was lifted, which was perfectly legal though. Absinthe Verte is made by infusing Brandy with the unholy trinity of wormwood, fennel, and star anise. This infusion is then distilled in 1.500-litre copper pot stills. After the distillation the fellows at St. George perform a secondary infusion of mint, tarragon, opal basil, lemon balm, hyssop, meadowsweet, and stinging nettles. This gives their Absinthe its signatory colour. Highly acclaimed Absinthe, worthy of a neat sip, or in cocktails. Whatever you prefer. 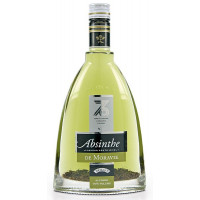 Even the name of this Absinthe implies the intent of its author to make a product a bit different fr.. 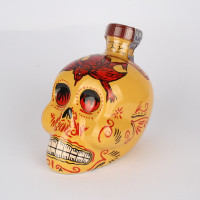 KAH Tequila Reposado is an ultra smooth, and ultra high-proof Tequila with a full body, and int.. 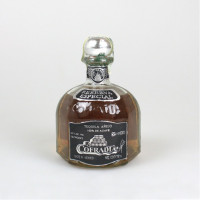 La Cofradia is produces a number of different tequilas in the niche / boutique market. Tra..