Marilyn Manson drinks Absinthe, now he has his own Absinthe brand - Mansinthe. The Absinthe itself is green with a smooth and balanced taste. It has a low anise level and therefore doesn´t have an extreme licorice taste. Try it and experience what inspires Marilyn!

Absinthe was invented at the end of the 18th century, in Val-de-Travers in the Swiss province of Jura. It is traditionally made of vermouth, aniseed, fennel and a range of other herbs. In the mid 19th century, absinthe was the drink of Bohemia. Artists such as Ernest Hemingway, Edgar Allan Poe, Oscar Wilde, Charles Baudelaire, Paul Gauguin, Henri de Toulouse-Lautrec and Vincent van Gogh regarded the green fairy as a source of inspiration. The same is true for Marilyn Manson, who has been known as an absinthe lover for many years. In July 2007, together with Markus Lion from ABSINTHE.DE and multiple award-winning Swiss speciality distillery Matter-Luginbühl AG, he launched his own absinthe, which is called Mansinthe.

Manson intensely involved in the development
Two years after the initial idea to do develop an absinthe together with Marilyn Manson, it was finished, Markus Lion looks back. Manson was intensely involved in the development, constantly tasting the samples, giving his opinion and providing suggestions for changes. When he was completely satisfied with a prototype, the final implementation was swift. The artist, whose real name is Brian Hugh Warner, presented his Mansinthe at the private viewing of his exhibition in Galerie Schenk in Cologne, on 27th June 2007.

How to prepare Mansinthe:
Pour 3cl of Mansinthe into a large stemmed glass, then place a slotted absinthe spoon and sugar cube over the glass. Slowly drip ice-water over the sugar cube until dissolved, then fill glass with water to preferred taste.

You may also use an Absinthefountain - that makes a perfect preparation as well as a Brouilleur.

This fine spirit is also enjoyed by the most discerning connoisseurs without sugar.

Drink responsibly and with moderation!

Bronze medal winner at the 2008 IWSC 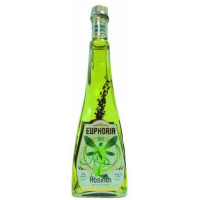 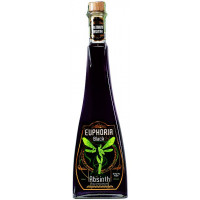 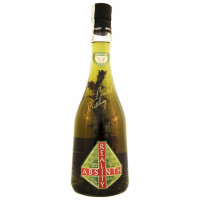 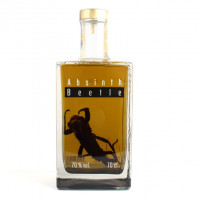